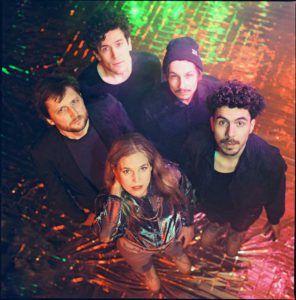 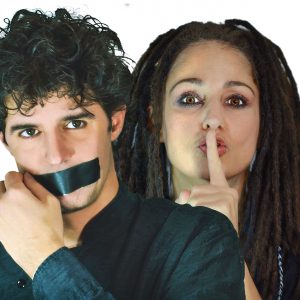 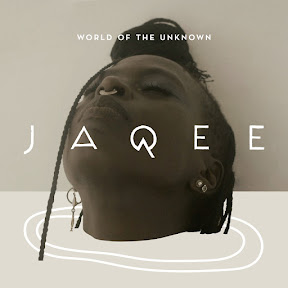 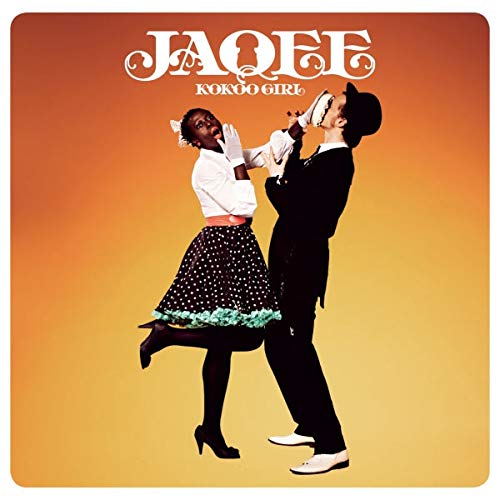 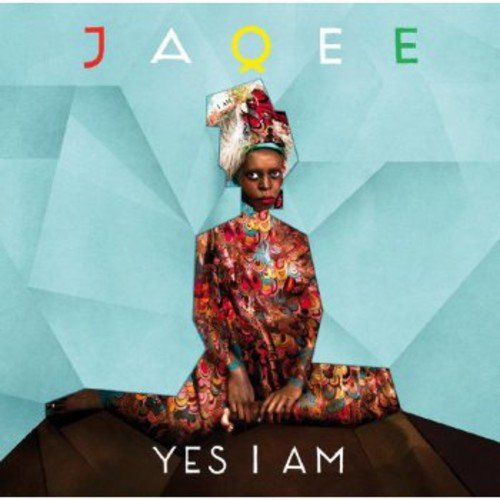 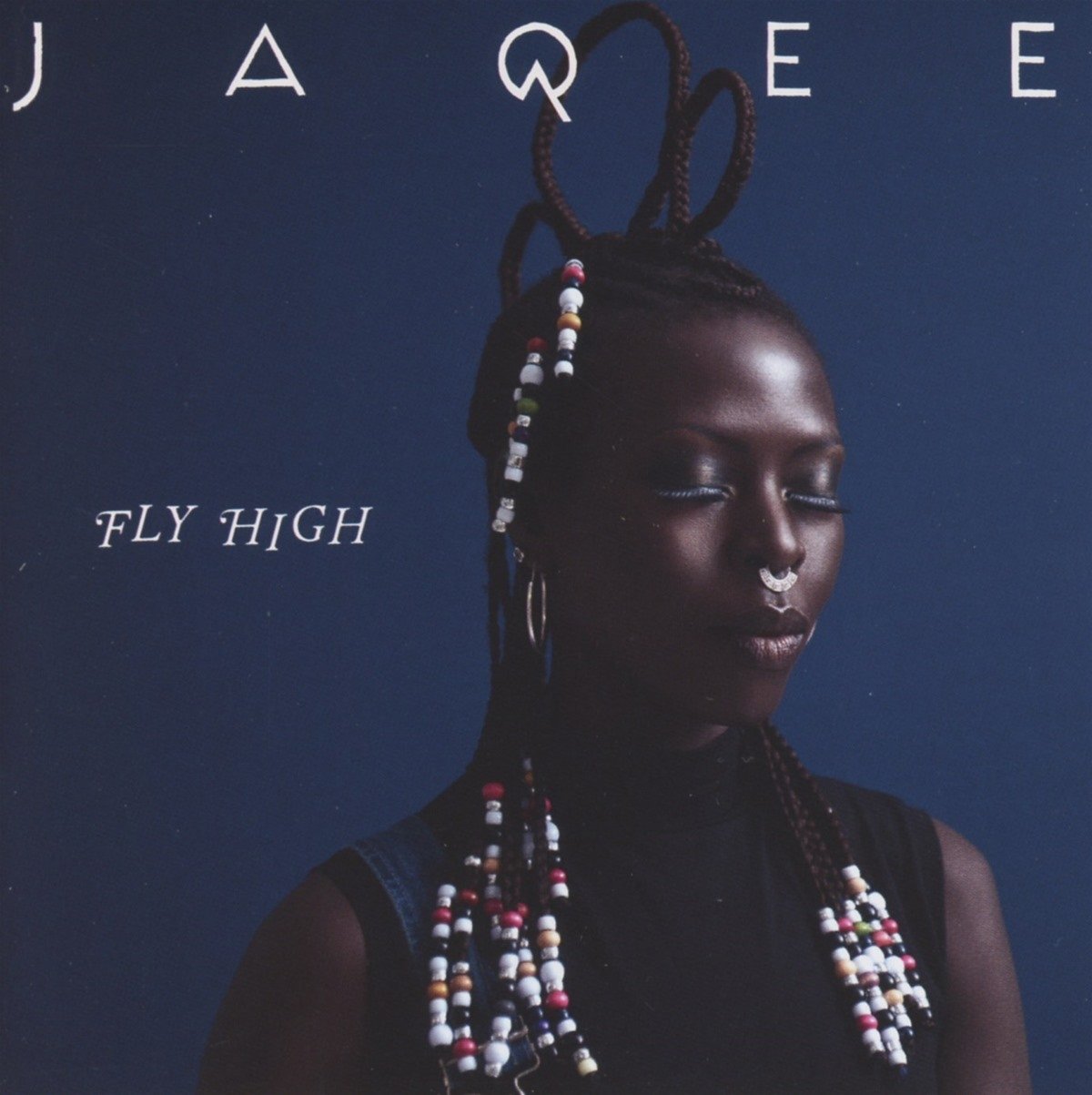 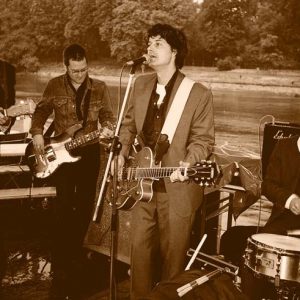 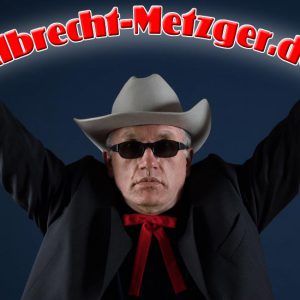 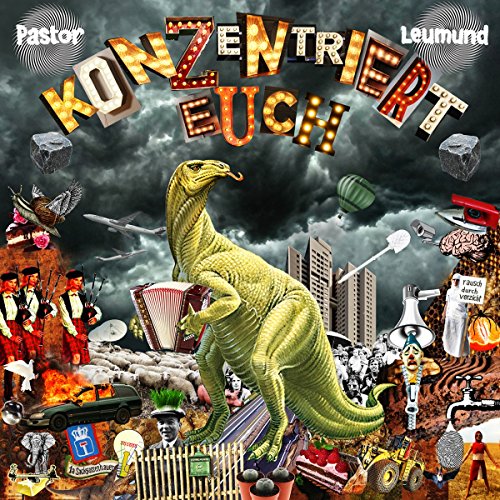 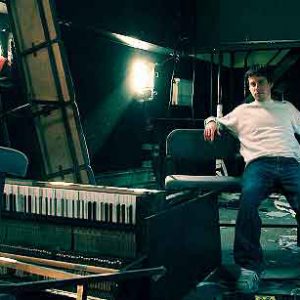 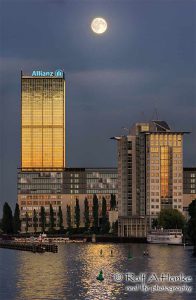 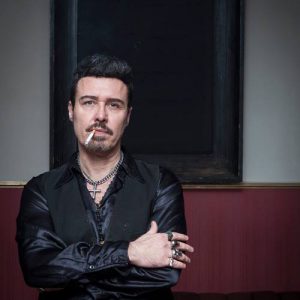 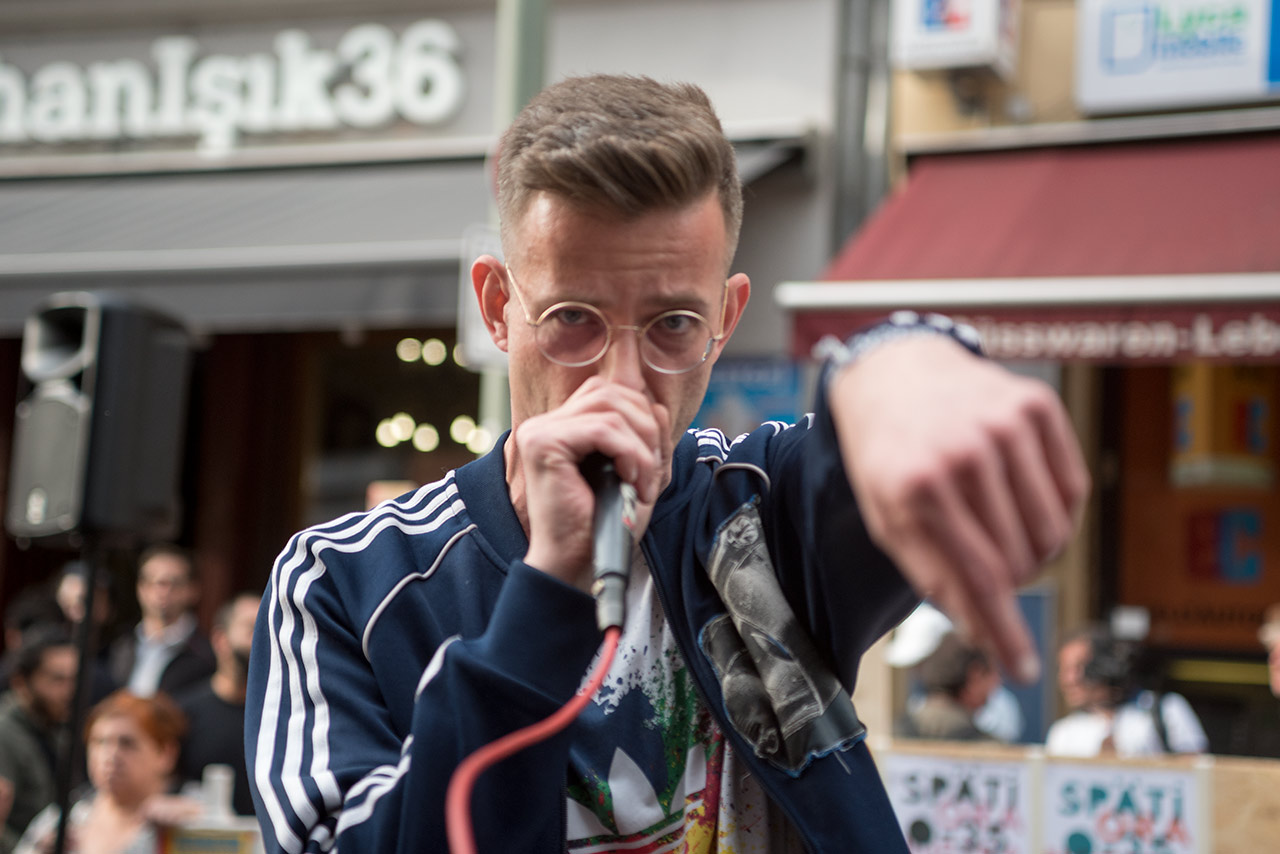 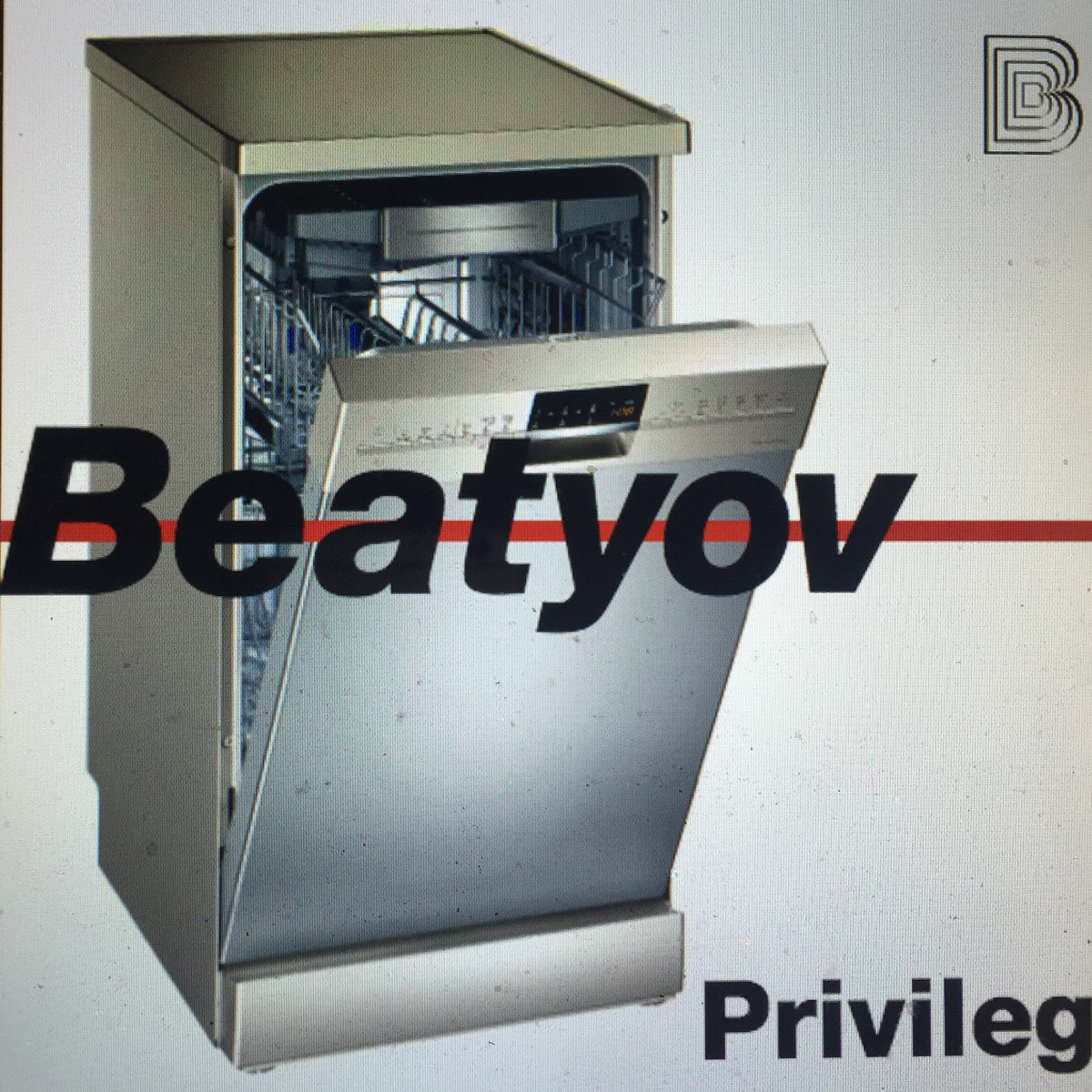 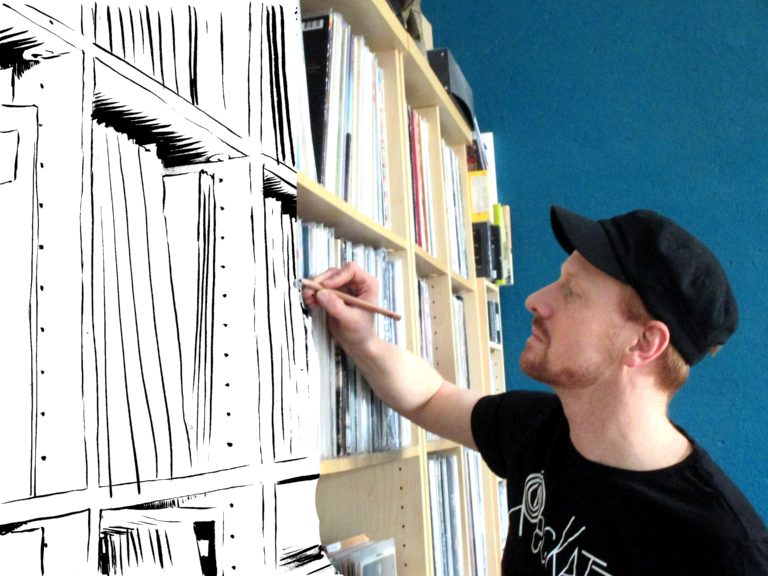 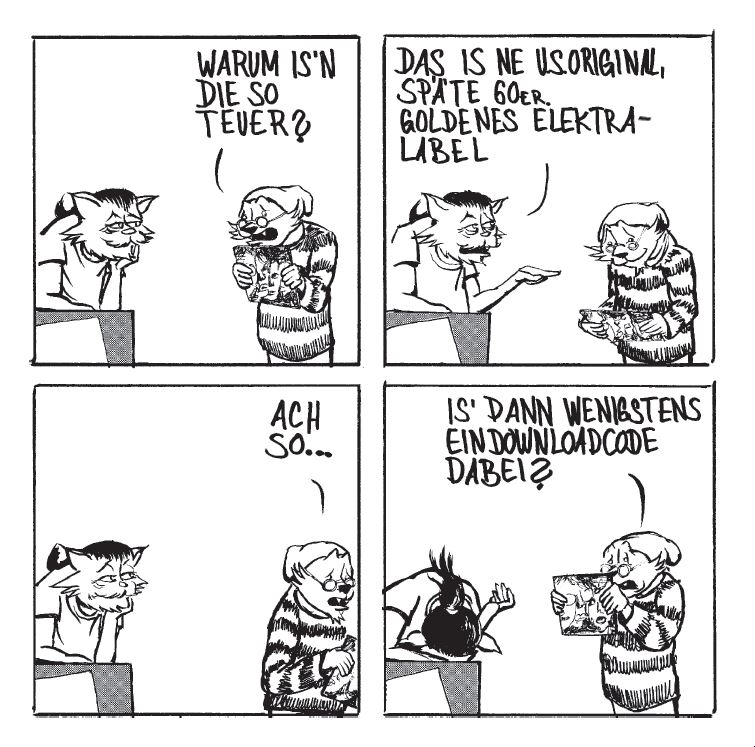 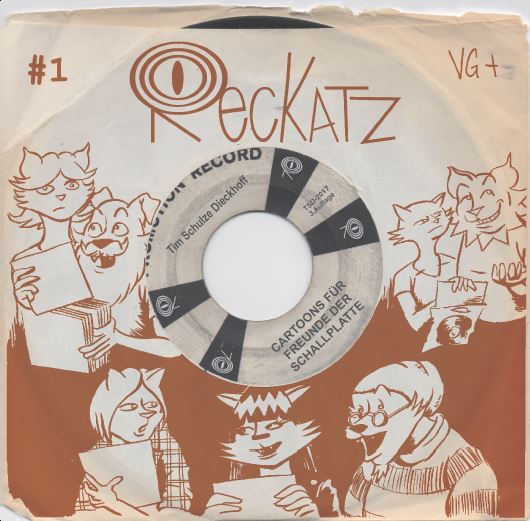 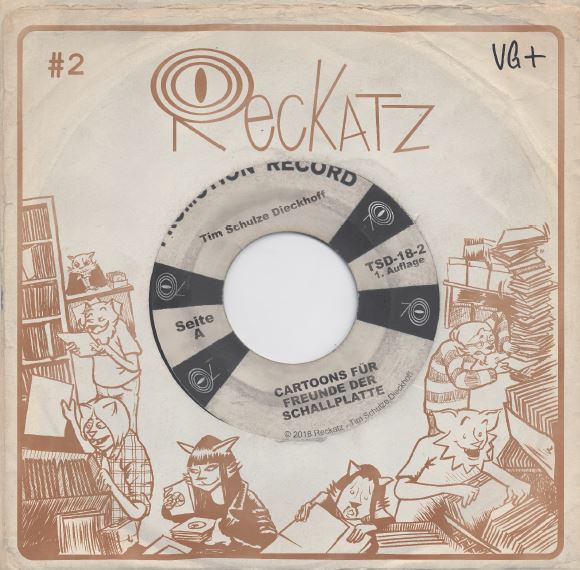 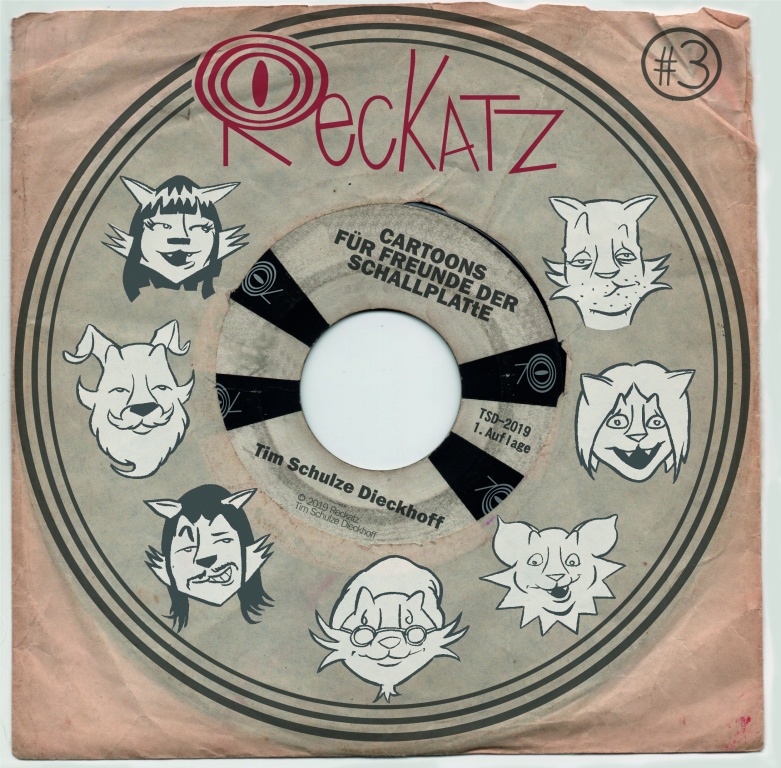 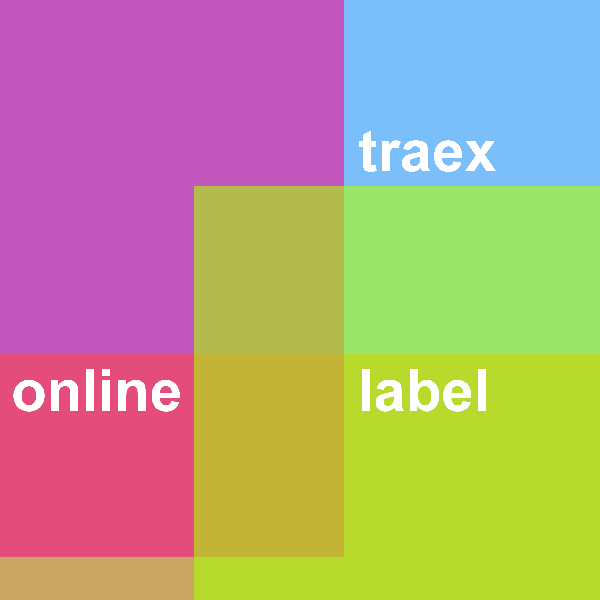 IMAGINE A PARTY, WHERE GARY NUMAN IS MARRIED TO THE ORB, WHO ARE SLOW DANCING WITH MASSIVE ATTACK, WHILE OUM KALTHOUM IS FRENCH KISSING PRINCE AND FINALLY, DAPHNE ORAM IS MIXING THE DRINKS.
TWO YEARS ON AND OFF IN THE HOLYKUTI STUDIOS, PRODUCED IN LONDON, BERLIN & BEIRUT WITH SINGERS & PERFORMERS FROM IRELAND, IRAQ, PAKISTAN, UK & LEBANON, THEY DANCE IN THE DARK FIRST STARTED AS AN EXPERIMENT. REALISING HER TRUE INTROVERSION RENU WORKED THROUGH MAINLY THE COMPUTER AND THE PHILOSOPHY OF PLAYING TABLAS IN MIND: CREATING BIG & INFINITE SOUNDS WITH A MINIMUM SET UP.
THEY DANCE IN THE DARK LARGELY REFERENCES 80´S & 90´S ELECTRONIC DANCE MUSIC, THE HEIGHT OF DARK HOOKY ANTHEMS, WITH AN UNDERLYING POST-COLONIAL NARRATIVE, TIMELESS BUT UNQUESTIONABLY CURRENT.

ARTIST RENU PERFORMS THEY DANCE IN THE DARK IN A MANNER OF AN ELECTRONIC DANCE ODYSSEY WITH LIVE PERCUSSION (TABLA, CAJON, LATIN PERCUSSION, SOUNDSCAPING PERCUSSION) AND LIVE ELECTRONICS. A PLASMIC ELECTRICAL JOURNEY WHICH ANDULATES AND EBBS ITS WAY THROUGH A COSMOS OF MIXED MEDIA, TAKING YOU INTO ANOTHER REALM. THE BODY PERFORMANCES BY SUPERNATURAL-QUEER CHARACTERS WHO HAVE TRAINED IN LARGELY CIRCUS AND DANCE PERFORMANCE FALL INTO A PERFECT COMPOSITION OF CULTIVATED WEIRDNESS. THE LIVE VISUALS HAVE BEEN SPECIALLY PREPARED FOR THE SHOW FOR OVER 2 YEARS. 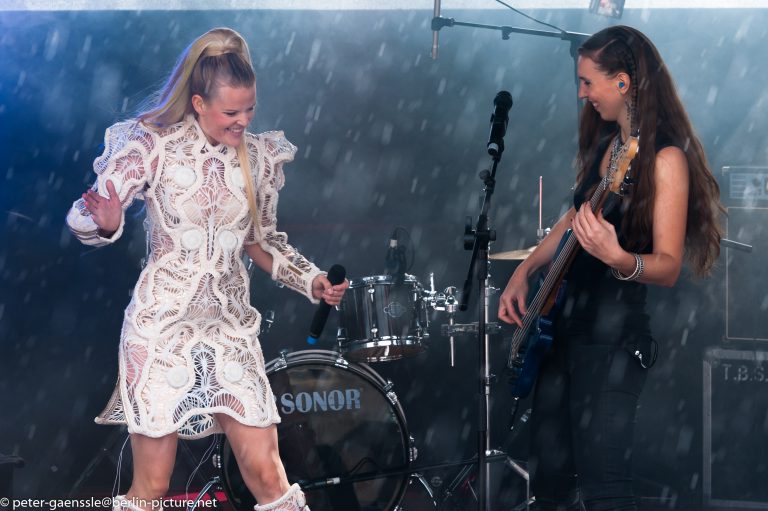 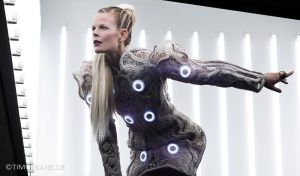 Jon Campbell is an american singer-songwriter and visual artist based in Berlin. His music brings together threads of indie-folk, singer-songerwriter and alt-country with a powerfully honest expression of his homosexuality.

SIRENS is the debut LP from American singer-songwriter and indie-folk artist Jon Campbell. It is his first release since his EP ‚About a Boy’ debuted in 2016.

The album’s 10 tracks oscillate between alt-country and indie folk, with melancholic country ballads like its title track and the song “Broke Me” interspersed with a lo-fi, drum-machine-driven ode called “Lior”, or a jubilant celebration of gay love in the track “Rebels Without a Cause”, which features Berlin’s Pet Shop Bears Choir.

Side A features the album’s title track, as well as two remastered tracks from the ‚About a Boy‘ EP. Tracks 3 & 4 were produced by Jamie Irrepressible. 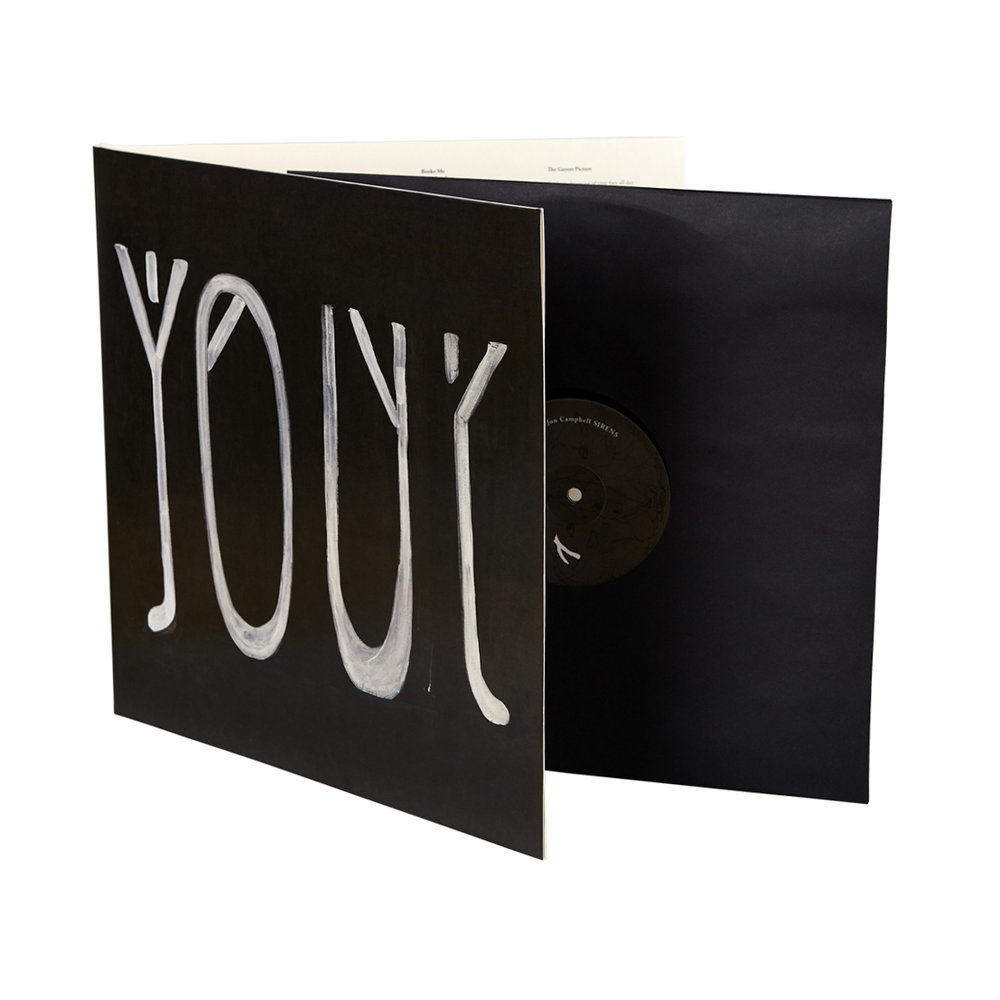 Orchestre Miniature in the Park (Pop) 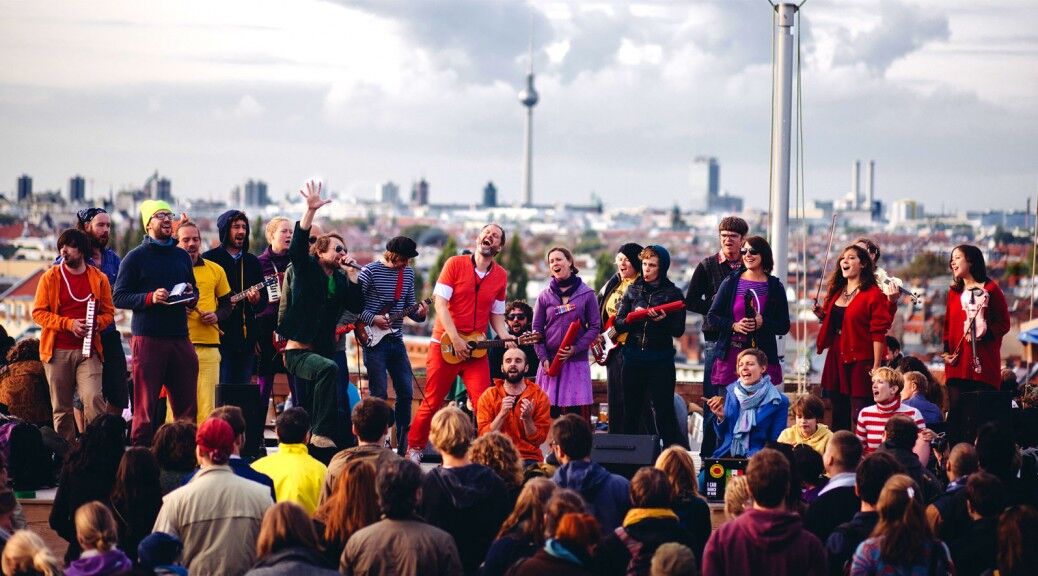 The Orchestre Miniature in the Park consists of about 30 people, who play music with small instruments and it would be very colourless if they are described with ‚colourful‘.

Since 2007 at all imaginable and unimaginable places the Orchestra affects the hearts of people with songs about the sun, psychotropic drugs, lovesickness, and first and foremost about the summer. OMP is the first and only colourful Miniature-Instruments-Orchestra in the world. Thirty People from everywhere make Alternative-Pop with children instruments. 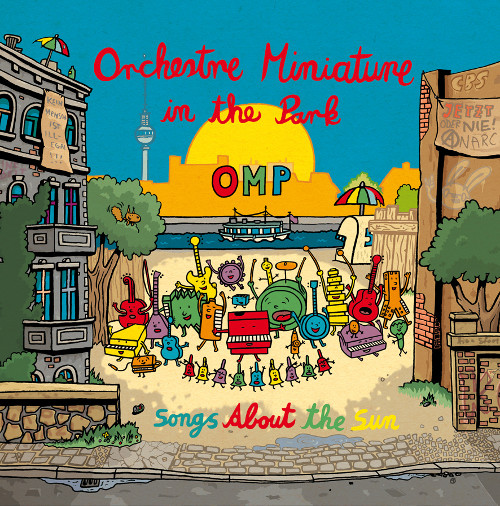 Christoph Pagel was born in 1971 in Berlin, Germany. At the age of 6 he was already watched playing spiritual melodies after church. But just at 9 yrs of age he started being educated by the Berlin Concert Choir and private piano teachers. He was selected to sing a classical solo and the Berlin Philharmonic Hall at the age of 12.

At that time he started lessons with Franz Reimer, a contemporary composer. He founded his first pop band, when he was 15. After school, he wanted to study law instead of music, believing that the time for his music would come but not on traditional paths. Being part of 3 different semi-professional musical productions led him to conduct his first own musical in 1994 which became a PR-story both in local and nationwide papers and TV.

As a result he was asked to lead the pilot project for the musicals of the AIDA cruise ships, which sail the oceans now for many years. In 2001 he decided to go full time with his own music: piano singer/songwriter and rap with Christian message. 2005 after releasing his 3rd album (Nach 1) in 4 years he decided to make a move towards contemporary piano on one hand and entertainment/ bar piano on the other which serves well in his jobs as a pianist for hotels as Hilton, InterContinental, Adlon and others. He also loves to sing at piano bars like the Vincent in central Berlin.

Music from Piano Dreams Vol. 1 was played regularly at KlassikRadio in Germany. His music videos on Youtube have received more than 1 million views. Recently in 2016, Pagel was the recipient of the Lifetime Achievement Award by Enlightened Piano Radio (EPR). He is also part of Whisperings Piano Radio, is played at One World Music Radio (UK), and his music can be found at Napster, Amazon, iTunes and many more. 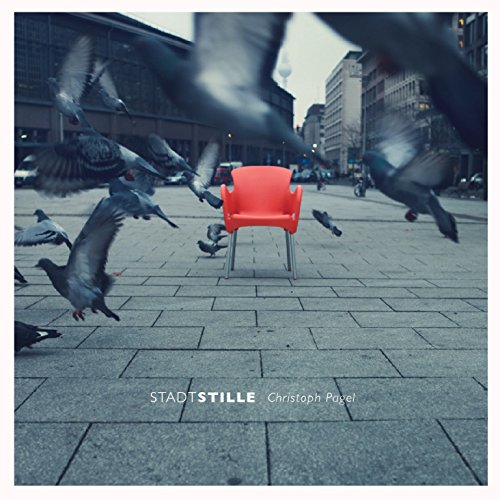 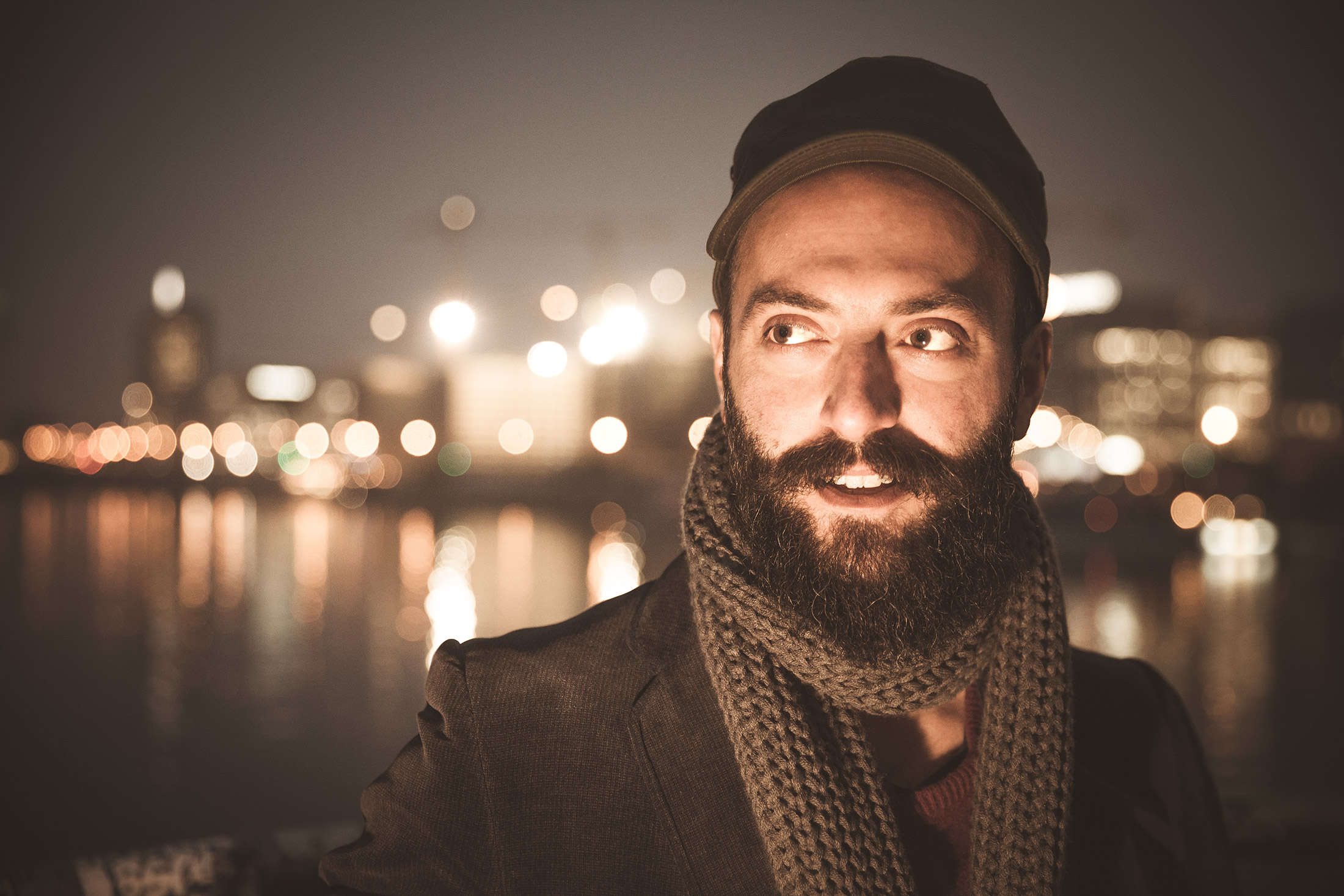 With Apomos I release my first official debut album. It took several years to complete it and without the inspiring collaboration with a variety of
artists it would not have become as complete as it is.

Aposmos stands for my journey through the world of different cultures, for people who I have met, who have formed me, for my family, who are scattered across countries, for my homeland, which has its origins in Greece.

In 13 tracks it transports the diversity of nature and the rugged beauty of the Olympic Mountains, as well as the wild confusion of the big cities of Athens and
Berlin. It is the mixture of calmness and savagery that fights in my heart, between retreat and stage. It‘s a purely instrumental album. The voices of the individual instruments manage to convey this up and down-track of my feelings better than any human voice can. I am extremely pleased to be able to offer yout the freshly completed album. I hope that the interested listener will like it very much and you will also find a nuance of your own life here and there. 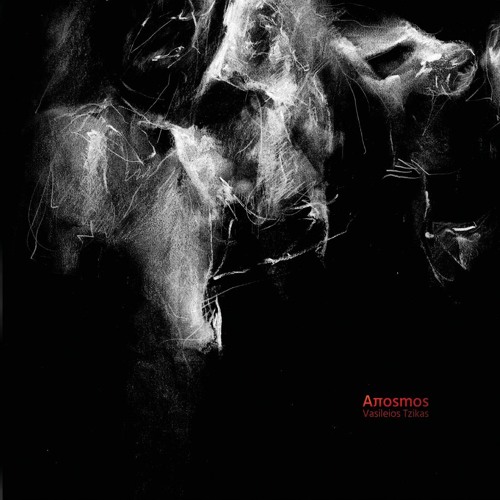